‘A machine’, ‘Unplayable again’ – Many Wolves fans delighted with another top performance

Many Wolves fans have responded hugely positively to Adama Traore’s performance against Brighton and Hove Albion as they drew 2-2 on the south coast.

The Spaniard seemed to have another great game for the club, and despite not being able to add a goal or an assist, was clearly one of the standout players on the pitch.

The 23-year-old has been inspired form this campaign. From his 15 games so far this season, no one, according to WhoScored’s algorithm, has been a more consistent performer than him. He has just two goals and three assists, but a meaty average rating of 7.47 – the highest in the squad.

WhoScored didn’t think he had a bad game yesterday, either, with his match rating of 8.07 only being matched by Diogo Jota in the Wolves squad, and he did net twice. 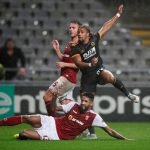 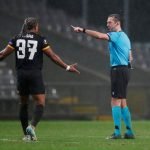 The winger looked a serious threat throughout and was even able to register a huge 10 dribbles in the game, five times more than his closest opponent for dribbles in Jota (2).

Traore tweeted about the game once it finished saying that they would have preferred to come home with all three points, but congratulated the hard work put in by all. Plenty responded positively, as you can read below…

Goat all they can do to stop you is foul foul foul.

Your a machine mate only way anyone copes is by fouling. I’d love to see you in the box more and getting on the score sheet like you deserve

Wolves unbeaten run has now grown to 11 games and they are still flirting with European qualification once more. They are currently in sixth place and are just five points off Chelsea who are in the Champions League spaces.