The January transfer window may have been and gone, but that still hasn’t stopped the club being linked to new players.

Although it might not be admitted, a centre half was probably on the club’s radar in the window – so it’s no surprise to see them linked with one for a summer move in John Egan.

According to reports from the Sun (via HITC), the Sheffield United defender is being eyed by Nuno Espirito Santo and his side, but also face competition from Carlo Ancelotti’s Everton.

The 27-year-old is rated at £9m by popular statistics website Transfermarkt, however, if Wolves were to make an advancement in the summer then there is little chance of signing him for that kind of money. In fact, the report suggests that he could be valued at a fee worth nearly £30m.

According to Spotrac’s figures, Egan is earning a wage worth £7.5k a week – absolute tuppence when you consider the riches of the Premier League.

Egan has been playing as the central centre back in the Blades’ five-man defence, which is obviously very suitable for Wolves considering they too play with a three-man central defence.

Could we fit John Egan in our first team?

Yes, play him either side of Coady 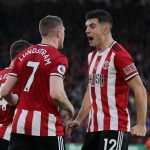 Play him instead of Coady 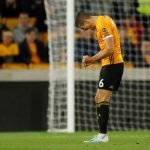 However, with both Egan and Connor Coady being very accomplished in their respective positions in the middle of their backlines, this could mean that there is presumably only space for one of them.

This could make things pretty difficult for them to get him, especially with United having such a successful campaign.

Coady has played more minutes than anyone in the Wolves squad this season and is the only player to have played every game. So we know he’s not going be budging.

Egan has just missed one game, so he’s not likely to want to try and cut short that sort of run in the team.

There could be the potential for Egan to play either side of Coady, though he does look very comfortable where he is at the moment, which raises the question of why would he want to leave where he is if he is not guaranteed game time or to play where he wants. This, in turn, could cause unrest within the squad and actually cause more damage than good.