If Wolverhampton Wanderers fans ignore the midweek disappointment against Aston Villa in the EFL Cup, we are now six unbeaten in the Premier League competition as we battled back from a goal down to take a point from Arsenal on Saturday.

It was the least head coach Nuno Espirito Santo’s side deserved, as despite the hosts taking the early lead, we opened them up time and time again, but simply didn’t make it count. Raul Jimenez did in the 76th minute though as we saved the point, but plenty of fans will feel we should’ve at least got a second on the day to take all three points and the win – but the positives are clear.

Statistics website Whoscored had mixed player ratings after the game, but Jimenez took their star man award with an individual score of 8.49 for his efforts. 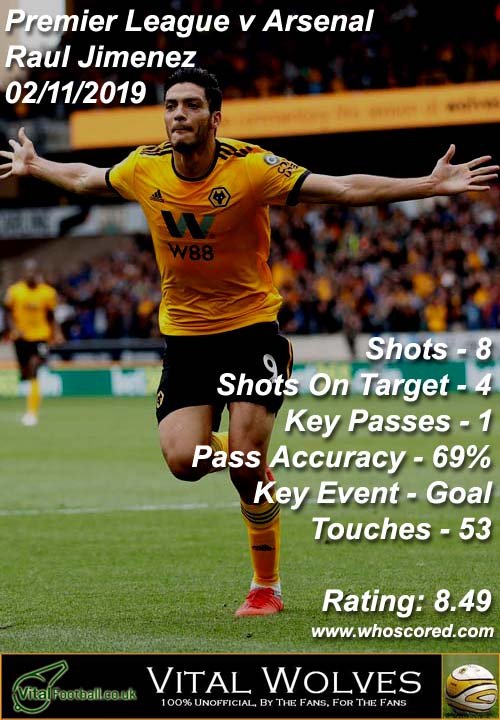 Onto the next one now.