Wolverhampton Wanderers expectedly made significant changes to our starting XI for the EFL Cup fourth round clash at Villa Park against Aston Villa on Wednesday evening.

The hosts took a 2-1 victory and were better on the night, but again, given the lineup and debutants, that probably wasn’t a surprise to many. Wolves have bigger fish to fry, but there will certainly be disappointment at not taking the bragging rights – and the game didn’t really play out like a typical Cup or derby clash.

Statistics website Whoscored had Villa edging the game, but given the youngsters on show they didn’t embarrass themselves and it looks like we do have some quality to look forward to in the years ahead as they gain further experience and continue their development. 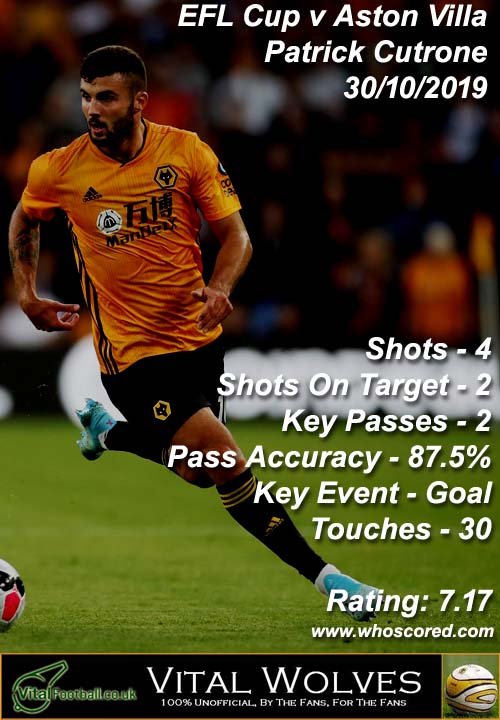 Summer signing Patrick Cutrone took Man of the Match with a player rating of 7.17, but our top five best performers in their system were completed by Taylor Perry (7.04), Ruben Vinagre (6.97), Dion Sanderson (6.93) and Ryan Bennett (6.54).

I guess different fans will take different things from the match.