Wolverhampton Wanderers went into Sunday’s Premier League clash with Newcastle United looking to get back to winning ways after the disappointing and VAR ridden Southampton game.

Head coach Nuno Espirito Santo made a number of changes to the starting lineup for the trip to St James’ Park, and in a poorer first half showing the hosts took the lead. Second half we were better and Jonny Otto had us back on level terms, but despite Newcastle going down to ten men late on in the match, we couldn’t make the pressure count and take the winner.

Plenty of fans will bemoan another VAR decision as Matt Doherty clearly had his shirt pulled in the box, but nothing was given.

Statistics website Whoscored had mixed player ratings after that one, but Romain Saiss stole the show for Man of the Match with a score of 7.41. 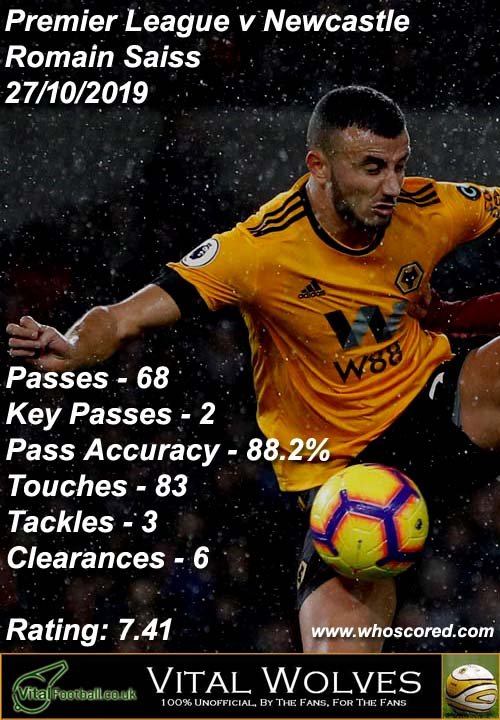 Onto Aston Villa in the EFL Cup fourth round.