A poor first half where we fell behind, was met with a much better second period and Ruben Neves had us back on level terms shortly after the halftime restart. We did hit the woodwork and needed Rui Patricio to keep Paul Pogba’s penalty effort out, but all in all, a very solid point on the night and we’ll certainly play better.

Statistics website Whoscored had largely poor player ratings for both sides, but they gave our Man of the Match to Joao Moutinho with a rating of 7.48. 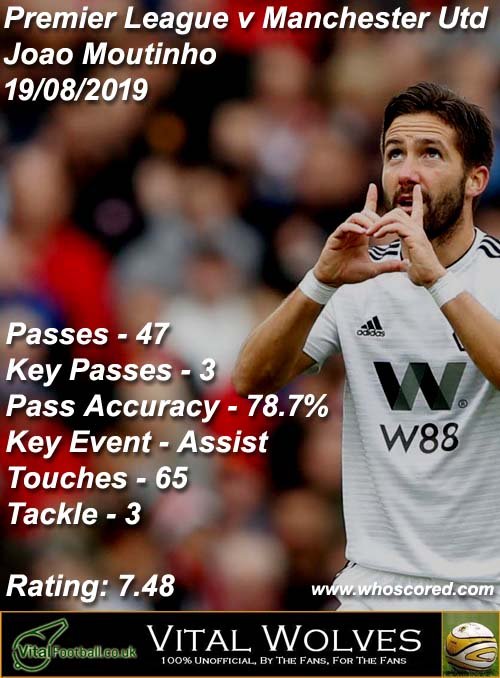 An unbeaten start to the 2019/20 Premier League campaign and now a quick turnaround to Europa League action as we travel to Italy and Torino on Thursday for our first leg Qualifying Play-Off clash.