Having picked up our first win of the Premier League season last weekend, Wolverhampton Wanderers were looking to make it back to back wins as we made the trip to Besiktas on Thursday evening for our Group K Europa League tie.

It was a mixed and tight affair, with the host edging possession and chances, but Willy Boly’s stoppage-time effort became the winner on the night as we look to make fresh history.

Statistics website Whoscored had mixed player ratings after that one, but with 28-year-old Boly hitting the winner, he took their star man award to lift Man of the Match from the game. 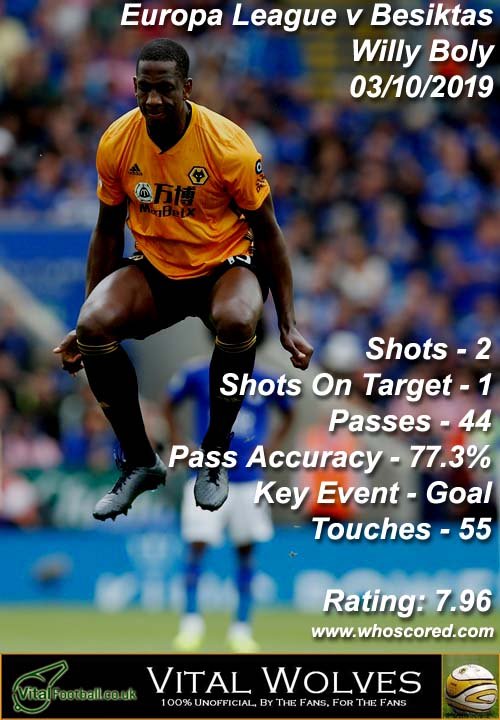 Romain Saiss also received a plus seven score for his efforts on the night, and we certainly go into what will be another tough clash with Manchester City at the Etihad at the weekend in good spirits now.