A good week got noticeably better for Wolverhampton Wanderers on Saturday as we took all three points from our Premier League clash with Manchester City.

With Europa League commitments arguably seeing a slow start to the 2019/20 league campaign, head coach Nuno Espirito Santo has seen his side pick up three wins on the spin now as a 2-0 victory, courtesy of an Adama Traore late brace, gave us our second league win of the campaign as we lifted ourselves up into 12th place.

Statistics website Whoscored had an impressive set of player ratings after that performance, but 23-year-old Traore took their star man award to lift Man of the Match with a rating of 9.27. 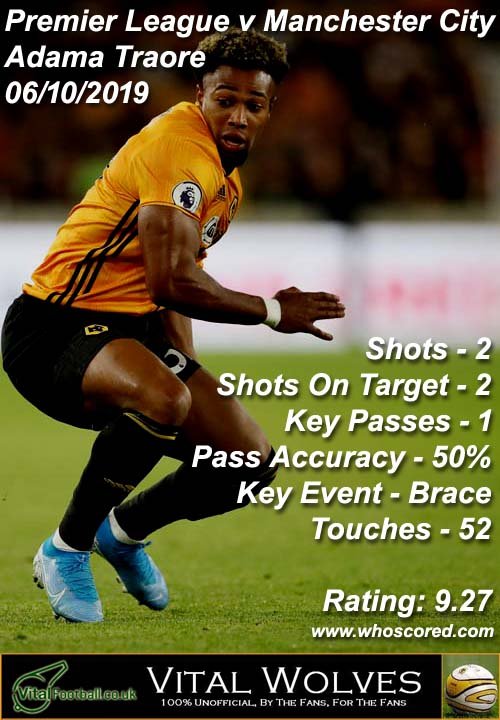 Following not that far behind was impressive Mexican Raul Jimenez who again showed his worth by registering two assists, picking up a score of 8.28. Completing the top five best performers on the day were Willy Boly (8.00), Joao Moutinho (7.57) and goalkeeper Rui Patricio (7.41).