With Wolverhampton Wanderers being four unbeaten in the Premier League as we started to get our season really up and running in the 2019/20 campaign, Thursday evening saw us head abroad to face Slovan Bratislava in our next Europa League tie and despite the game supposedly being behind closed doors and limited Wolves fans in attendance, the hosts had used a loophole to give them the best chance possible of some support on the night.

After a poor start, where we went into the half time break a goal down, efforts from Romain Saiss and a Raul Jimenez penalty gave us the victory, albeit we ended the match down to ten men with Diogo Jota picking up two bookings on the day.

Statistics website Whoscored handed 20-year-old Ruben Vinagre their top score on the night, and he took Man of the Match with 7.64. 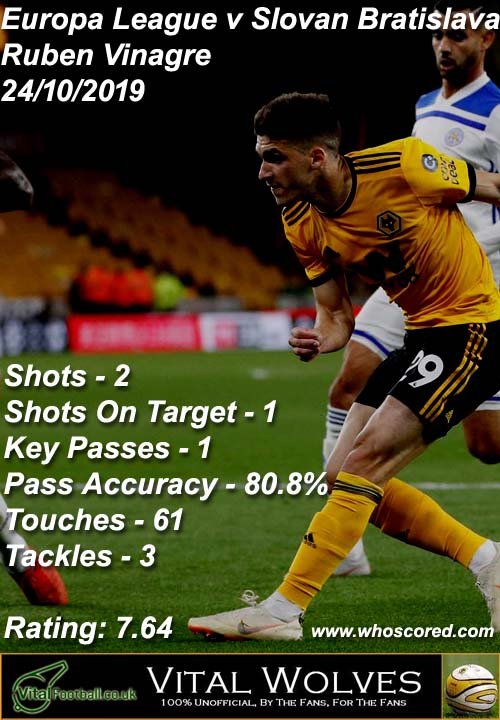 “We Were Not Solid” – Nuno On Disappointing Southampton Draw